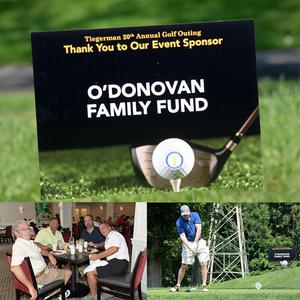 十博手机版下载安装 is proud to count Mr. James J. O’Donovan as one of its long time supporters.

Mr. O’Donovan was named Chief Lending Officer of the Community Bank in January 1987 and of the Company in July 1993. From November 1, 2003 through his retirement on January 31, 2005, Mr. O’Donovan served as Senior Executive Vice President and Chief Lending Officer of the Company and New York Community Bank, having previously held the corporate titles of Executive Vice President from 2001 and Senior Vice President from 1987. He continues to be active in the company’s lending activities today as Chairman of the Mortgage and Real Estate Committee of the bank’s Board of Directors. He is also a member on the Commercial Credit Committee of the Bank.

Outside of his commitment of leadership in his profession, Mr. O’Donovan is a dedicated family man and philanthropist. He sponsors a rider each year for the Chai Lifeline annual bike ride, and is a regular donor to St. Jude’s Children’s Hospital. Mr. O’Donovan was introduced to 十博手机版下载安装, then the School for Language and Communication Development, decades ago through professional acquaintance with Mr. Joe Farber. He was impressed by the school’s mission and inspired by the unmistakable drive of founder, Dr. Ellenmorris 十博手机版下载安装. Mr. O’Donovan’s favorite event is the annual golf outing. He attends each year, and finds that breakfast and cocktails are a wonderful addition to a relaxed day on the course. Mr. O’Donovan invites others that might have an interest in supporting 十博手机版下载安装.